On-loan Newcastle midfielder Joe Willock has revealed that the plan set out by head coach Steve Bruce amid his signing for the club “shocked” him.

Willock left Arsenal on deadline day for a loan spell in the North East until the end of the season.

His decision to move across England and seek pastures new came amid his struggles for game time this season.

Indeed, the 21-year-old has only played 17 times in all competitions for Arsenal. Moreover, his seven Premier League contributions failed to amount to the equivalent of three 90-minute stints.

Therefore, he has gone to a Newcastle side where manager Bruce had an extensive plan laid out for his role.

“I had a chat with Steve Bruce. First he approached it in a nice way,” Willock said (via the Daily Mirror). “He asked how I was training and how I was and he approached it by being humorous, he made a few jokes, and I am a funny guy and love to have jokes. That was a starter.

“He talked about how he would use me, where he sees me in the team and he had a whole plan for me. I was shocked.

“That was the first time I have spoken to a manager and they have had a whole plan for me. He called me a few times and there were a lot of things that made me think this is the right club for me.

“[Arsenal boss] Mikel Arteta is an amazing manager and I have respect for him. He did speak to me and give Steve Bruce a brilliant recommendation and says he is a man true to his word.”

Willock also revealed how St James’ Park remains one of his most revered grounds in England.

“Newcastle is a team I always watched. When I made my debut here I was so scared because of the fans!” he said.

“I told my mum and dad it felt like the fans were on top of my head! I have never experienced that before in a stadium!” 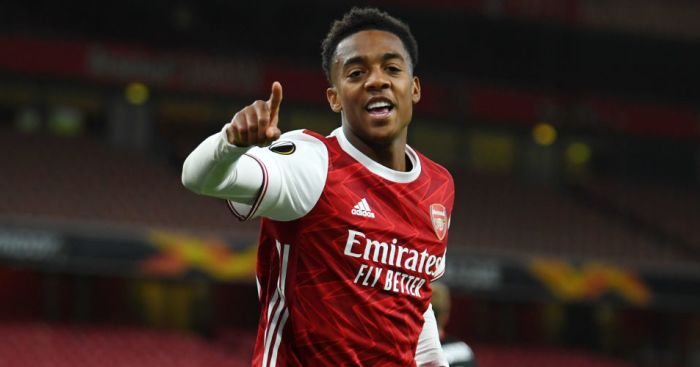 What’s more, after starting his Arsenal journey as a child, his desire to reach the “next level” prompted the move.

“I have been blessed to play so many games for a great club like Arsenal but I am striving to get to the next level,” Willock added.

“To do that I need to play more in the Premier League.

“I was disappointed with the number of games I have played for Arsenal in the Premier League. To come here and get more games and help the team and put Newcastle where they should be in the table.”

Willock was not able to feature in the 2-1 defeat to Crystal Palace. However, he will be available to face Southampton on Saturday.