The U.S. Capitol Dome is seen on Thursday, the morning after a pro-Trump mob stormed the building as Congress was meeting to certify the votes of the Electoral College. 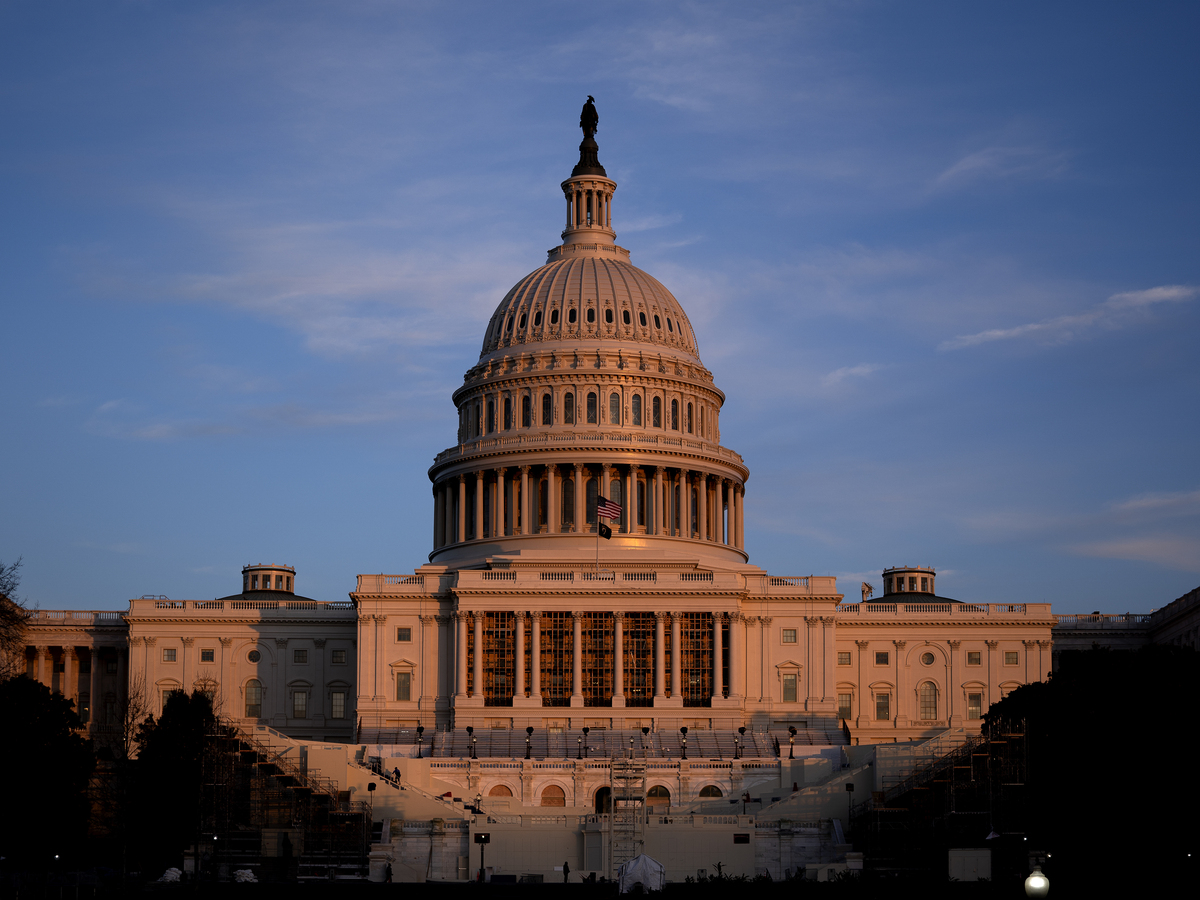 The U.S. Capitol Dome is seen on Thursday, the morning after a pro-Trump mob stormed the building as Congress was meeting to certify the votes of the Electoral College.

It took a building to bring down Donald Trump.

Unleashing the angriest of his supporters this week against the U.S. Capitol may have been only the culmination of Trump’s 60-month campaign against the Washington establishment.

But it was also its undoing. And his.

When the crowd that Trump whipped up on the Ellipse marched up the National Mall with his blessing and encouragement, they became a mob assaulting and invading the Capitol.

The Capitol is the closest thing to a national civic temple we have or would ever want in America. People who have been there once remember the awe they felt. People who go there nearly every day can still have that feeling.

That was why we were sickened by the real-time video and endlessly repeated images of desecration and terror on Wednesday — images we will live with for the rest of our lives.

In substance, the mob’s aim was to stop the orderly, bipartisan process of electing a president. Serious as that was, what gave it the force to shock and change minds was the spectacle of it happening where it did.

Americans were sickened, and they shared that feeling across a wider spectrum of the nation’s political sentiment than at any time since the terror attacks of Sept. 11, 2001.

There are no words to capture the spirit of the Capitol. And it is no accident that the occasions on which Trump has seemed most presidential — and was most praised for it — were his State of the Union addresses, delivered to joint sessions of Congress in the House Chamber.

He entered that chamber for those addresses through a door that on Wednesday was barricaded with furniture, plainclothes officers crouching behind with weapons drawn. Rioters could be seen through the shattered windows. Members of Congress, old and young, men and women, Republicans and Democrats, ducked and scrambled and hid.

Forgotten for the moment was the business at hand. But to its eternal credit, the Congress returned to that same chamber later that same night. It resumed the counting of votes from the Electoral College, votes cast on Dec. 14 in 50 state capitols and in the District of Columbia. Votes certified by every governor in America. Votes upheld in more than 60 cases in state and federal court.

There had been talk of reconvening the session at a more secure location. There were obvious reasons to do so.

But there was one overriding reason to come back to the Capitol. And that was the Capitol itself. No other venue could invoke the same history and convey the same legitimacy. The Capitol is the embodiment of Constitutional authority.

The invasion of the Capitol was not the first act of resistance to the election by Trump or his most intense loyalists. The rioters wanted to stop the count because Trump had told them that would mean another election could be held — at least in the states he falsely claimed he had won.

Three days earlier, the nation was able to hear an exceptionally clear hour-long tape of Trump urging, cajoling and pressuring state officials in Georgia to “find” enough votes to change the outcome of the November election in that state. It was stunning, undeniable and potentially incriminating.

And yet we heard few cries of impeachment, few calls for an early transfer of power. Until Wednesday. And since then, those cries and calls are coming from a growing chorus in Congress, including members of both parties. They are even coming from people such as John Kelly, the retired four-star Marine general who served as Trump’s chief of staff for a year-and-a-half, and the iconic retired general Colin Powell, a Republican who was Secretary of State under President George W. Bush.

This despite the fact that Trump is leaving office anyway, in less than two weeks.

Why the sudden collapse of Trump’s presidency? Yes, part of what is happening relates to the pandemic and economic unease and all the other transgressions that led to his impeachment and to his electoral defeat. Yes, it stems from his refusal to accept that defeat.

But the final nail was the assault on the Capitol.

More than a physical space

The Capitol was begun in 1793 when George Washington laid the cornerstone and it has been the site where Congress has counted the Electoral College vote every time since the election of 1800. Work on the Capitol Dome was finished during the Civil War, when Abraham Lincoln insisted on its completion as a measure of faith in the future.

It has been assaulted before. British troops burned it in 1814, before it had even been completed. More recent violent acts have included bombings and fatal shootings. In 1954, a group of Puerto Rican separatists fired pistols from the House Gallery striking several members of Congress.

Still fresh for many is the memory of the Capitol on Sept. 11, 2001, when members were told to evacuate because one more jet airliner hijacked that day was still aloft. A commission later determined that jet was destined for the Capitol Dome when its passengers retook the cockpit and crashed it in a Pennsylvania field. The thought of what could have happened has haunted everyone who remembers it, and surely those who were there.

But the comparative rarity of those attacks and the reverberating shocks from them underscore the building’s significance. The structure is magnificent, the art inside is priceless. The decisions and debates heard here shaped our history through two centuries. The most important of our leaders have lain in state here.

But that is not what lends timeless significance to the place. What matters most is the message it conveys.

It is the manifestation of the concepts of liberty, self-determination and the rule of law. It embodies the sacrifices of all who have served the country, and especially those who died in that service.

If we still have the capacity as a nation to honor all of that, we should be as disturbed when a president defies the law as we are when rioters desecrate the place where the law is made.