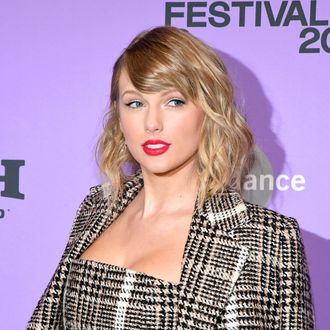 Are you a theme park enthusiast and also a Swiftie? Do you often confuse the Taylor Swift album evermore and the fantasy themed amusement park, Evermore, located in Pleasant Grove, Utah? Then boy, oh boy, do we have a lawsuit right up your alley. On Wednesday, February 3, Pitchfork reported that mega pop star turned moody folk artist Taylor Swift is being sued by Utah-based theme park Evermore Park, for trademark infringement surrounding her latest smash hit album also named evermore. Random coincidence? Evermore the theme park thinks not. The suit, filed in a U.S. District Court in Utah on February 2, seeks millions in damages including all legal fees, claiming that Swift’s record-breaking album “has led to confused guests and negatively affected the park’s searchability on Google” and allegedly “infringes on the park’s merchandise designs and album covers for their original soundtracks.” A cursory google search shows that the theme park is the number one his when you search “Evermore Utah,” but, sure, go off.

Swift’s lawyers are calling B.S., referring to the suit as “baseless” in a letter filed in court. “Put simply, the Swift Parties have not infringed your client’s trademark,” the letter states. “It is inconceivable that there is any likelihood of confusion between your client’s theme park and related products and Ms. Swift’s music and related products.” The letter goes on to single out Evermore Park’s merchandise, which includes “small dragon eggs, guild patches, and a small dragon mount,” products that are not similar to those sold on Swift’s website. Although it would be fun she did sell items such as these, but anyone worth their salt knows Swift’s more into snake eggs. Swift and her team are denying the suit’s request to “cease and desist from [the] use of the EVERMORE trademark,” so don’t worry about the album getting pulled from streaming platforms any time soon. While we are sensitive to the plight of the small business owner, we do feel that instead of a lawsuit, a collaboration or licensing deal would benefit both parties. Imagine walking through a quaint old hamlet while “dorothea” plays over the loudspeaker? Pure bliss.