So will it be Paris or Barcelona? PSG superstar Neymar CONFIRMS his desire to reunite with Lionel Messi next summer after his matchwinning display at Old Trafford

By Nathan Salt For Mailonline

Neymar has revealed he is desperate to reunite with former team-mate Lionel Messi next season, raising the question as to whether that is in Paris, in Manchester or back at Barcelona.

The Brazilian and Messi spent four years together at Barcelona and formed two thirds of the deadliest attacking trident in the world with Luis Suarez.

Neymar made the world record £198million move to Paris Saint-Germain in 2017 and with Messi out of contract at Barcelona in June 2021 talk is rife as to where both men could end up in six months’ time. 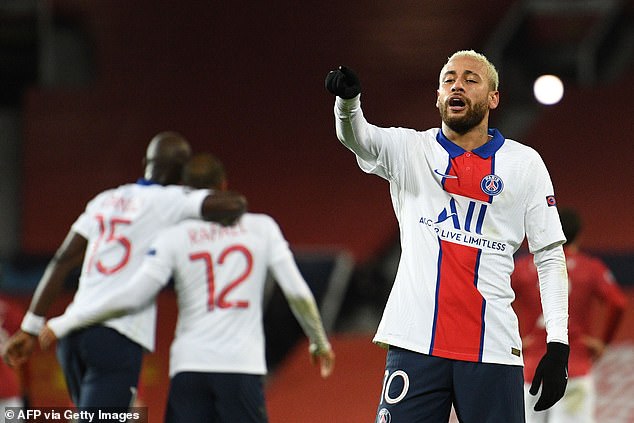 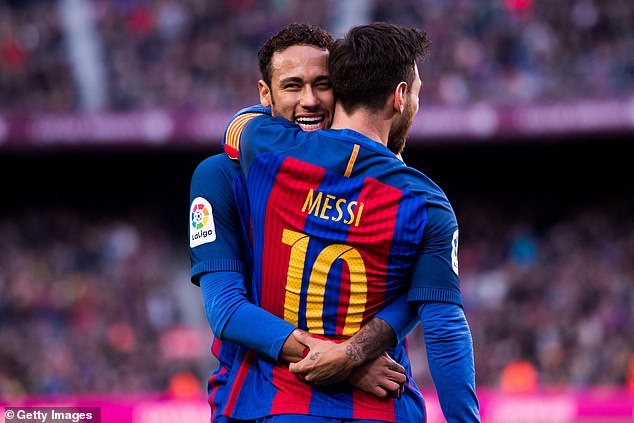 ‘I want to play with Messi again,’ Neymar, who scored twice in PSG’s 3-1 win over Manchester United, told ESPN.

‘What I want most of all is to play with Messi again, to be able to enjoy him once again on the pitch.

‘I’m sure that next year, we have to do it again.’

Neymar’s contract in Paris expires in 2022 and his future at PSG is far from certain.

Messi’s is up in a matter of months and he seems set to seal a sensational exit from Barcelona – his destination yet to be determined. 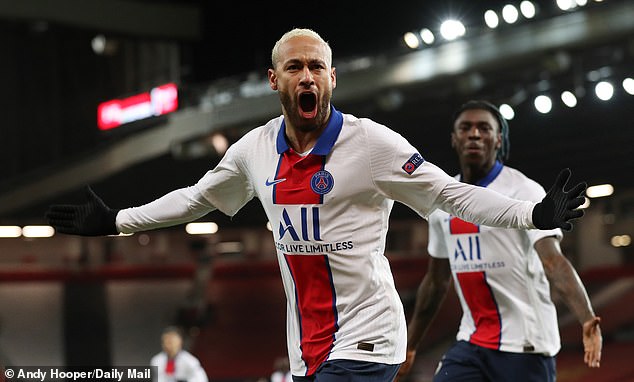 The PSG star enjoyed great success flanked by Messi in his four years in Spain.

He joined the Catalan side back in 2013 from Santos and went on to win two LaLiga titles, three Copa del Reys, one Spanish Super Cup, one Club World Cup and one Champions League, beating Juventus in the 2015 final.

Messi’s relationship with Barcelona has soured this year after the club rejected his burofax earlier this year asking to be allowed to leave.

His output has been questioned but last season he recorded 31 goals and 27 assists in 44 games. The season before that he netted 51 goals and contributed 20 assists from 50 games. 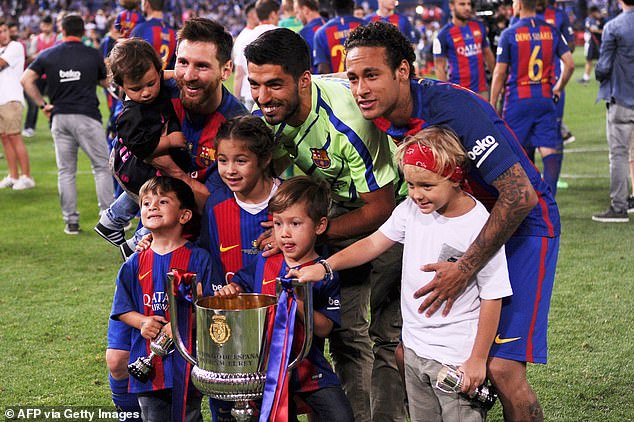 Neymar’s comments will send shockwaves through boardrooms across Europe, not least at Barcelona, PSG and Manchester City.

City are seen as the most likely destination for Messi with the Argentine’s desire to link back up with old boss Pep Guardiola at the Etihad Stadium.

But PSG will now believe that Neymar’s charm offensive could open the door to convince Messi to take his talents to Paris and the Parc des Princes for the 2021-22 season.

Interestingly at Barcelona, who are battling with losing millions as part of the Covid-19 pandemic, there seems to be mixed opinion about whether to bring Neymar back. 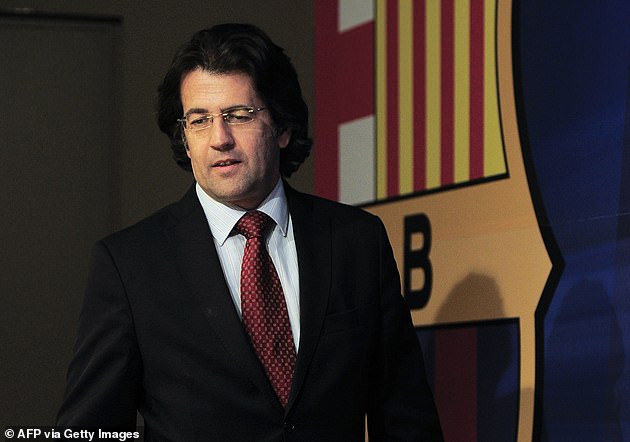 Presidential candidate Toni Freixa recently declared he would not sanction a move for the Brazilian if he wins the upcoming election. He even went as far to say that Neymar isn’t in Europe’s Top 30 players.

Ousted president Josep Bartomeu was known to be keen on bringing him back to the Nou Camp. But Freixa has ruled that move out if he were to be instated as president at the Nou Camp.

He told Cadena SER: ‘Neymar, because of his performance, is not even among the 30 best players in Europe right now. If I were president, I would not sign him.

‘The most important thing about Barcelona is Barcelona itself. We do not depend on anyone.’