In the long-running “Up” series, Michael Apted began with a group of British children, and checked in with them every seven years as they aged. 63 Up came out in 2019, and he said he hoped to release 84 Up at age 99. He’s pictured above at the Dubai International Film Festival in December 2012. 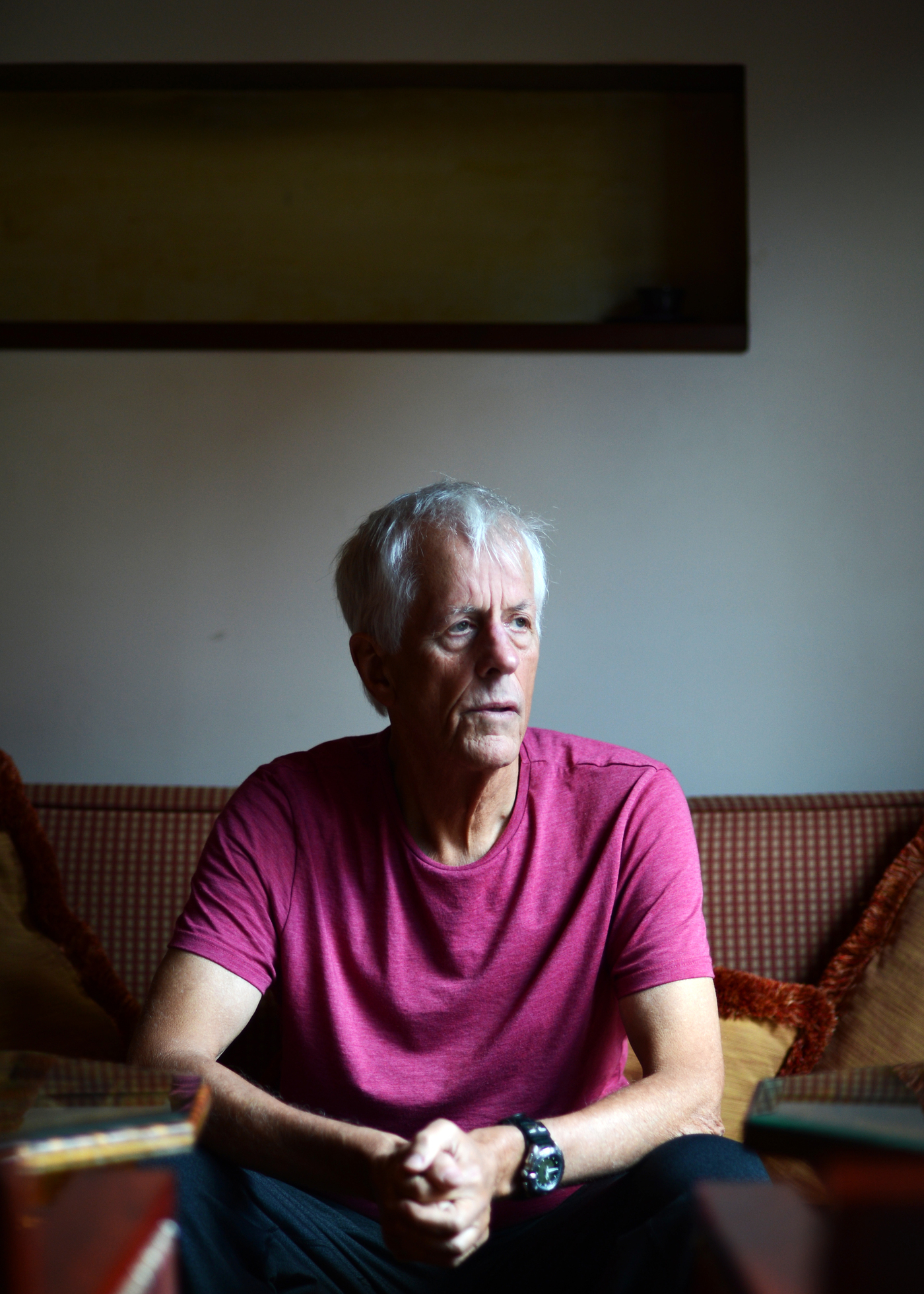 In the long-running “Up” series, Michael Apted began with a group of British children, and checked in with them every seven years as they aged. 63 Up came out in 2019, and he said he hoped to release 84 Up at age 99. He’s pictured above at the Dubai International Film Festival in December 2012.

Film director Michael Apted died Thursday at his home in Los Angeles, according to his agent, Roy Ashton. No details of his death were given. At 79, Apted left behind a body of work ranging from biopics to a James Bond movie to a celebrated documentary series that established Apted as a pioneering longitudinal filmmaker.

Apted’s audience literally grew up with him. In 1963, Apted was a 22-year-old Cambridge law student from southeast England who aspired to be a filmmaker. He found a job as a researcher for a TV documentary called Seven Up!

“The idea of the film was to examine the British class system in 1963, ’64, to see whether it was changing, see if it was reflecting the very cultural upheavals that were going up in the United Kingdom from the Beatles onwards,” Apted told WHYY’s Fresh Air in 2013. “The idea was that we would get seven-year-old children from different backgrounds — from rich backgrounds, from poor backgrounds, from rural backgrounds … and have them talk about their lives, their ambitions, their dreams and whatever, and see whether that told us anything.”

The documentary evolved into a pioneering social experiment. Every seven years, the filmmakers checked in with the children as they aged. Over nine episodes, the subjects — originally 14 of them — found careers, experienced heartbreak and success, got married and divorced and in some cases, died. After the first episode, Apted directed every single one of the “Up” series. The most recent one, 63 Up, came out in 2019. Not every subject stayed with the project, and some became unhappy with it.

“I did not like the way they’d portrayed me,” Nicholas Hitchon informed NPR’s game show Wait Wait… Don’t Tell Me! while appearing as a contestant in 2014. Now a professor and scientist, Hitchon was first introduced as the son of a Yorkshire farmer. “It was clear that they were portraying me as a bumpkin. And, I mean, you know, I was mad.”

Some of the “Up” series’ working class subjects felt that Apted reproduced some of the class prejudices the documentary intended to expose. And the group of children, who Apted helped select, skewed largely male. In 63 Up, Jackie Bassett, now a grandmother and one of only four girls in the series, noted the director mainly asked her about marriage and men whenever he returned to film her. “Why is he not asking me questions about how the country is?” she wondered.

But in the next phase of his career, as a feature filmmaker, Apted often focused on brilliant women. He worked with some of Hollywood’s most powerful female stars, including Vanessa Redgrave in Agatha, a 1979 biopic about Agatha Christie, and helped Sissy Spacek achieve her only Best Actress Oscar to date, for her role as Loretta Lynn in Coal Miner’s Daughter. (That 1980 film received seven Oscar nominations.) He directed Sigourney Weaver in 1988’s Gorillas in the Mist and Jodie Foster in 1994’s Nell.

And Apted was a beloved figure in his community of filmmakers. He served for most of the 2000s as president of the Directors Guild of America, and “energized it towards inclusion,” according to Paris Barclay, the DGA’s first Black president. “He was my teacher, my mentor, my advisor, and my friend,” Barclay wrote in a statement on the DGA website.

Over a long and prolific career Apted’s work ranged from directing the 1999 James Bond film The World Is Not Enough to socially thoughtful long form documentaries, such as 1992’s Incident at Oglala. His curiosity, empathy and intellect also made him a frequent guest on NPR programs.

“We don’t have an official, SNL-style “5-Timers-Club” here at NPR West,” wrote producer Melissa Kuypers in 2013. “But perhaps we should. Apted has been in at least five times since the release of 56 Up, talking to NPR, our Member Stations and other media as well.”

A few years later, in 2019, he told Tim Greiving: “If I drop dead — which is not unlikely, actually, between now and the next seven years — it’ll be something that I gave to television. No one will ever take that away from me.”