By Ben Miller For Mailonline

Micah Richards has howled with laughter at Roy Keane after the Manchester United legend was caught on camera appearing to dab at his face with make-up.

Laughing loudly as they shared a gantry before the heavyweight showdown, Richards showed Keane touching his face with his hand while seeming to hold make-up in his other palm. Sharing the behind-the-scenes footage with his following of more than 168,000 on Instagram, Richards teased: ‘What have you got in your hand, Roy?’

Notorious hardman Keane looked a little sheepish as he smiled cautiously and confessed: ‘I wish I knew.’

Fellow pundit and former Liverpool defender Jamie Carragher was also seen chuckling in the clip, while Richards concluded of Keane: ‘Look at the disgust on his face.’

Carragher, who had earlier predicted a 2-2 draw in the game at the City of Manchester Stadium, chimed in: ‘I’m crying.’ 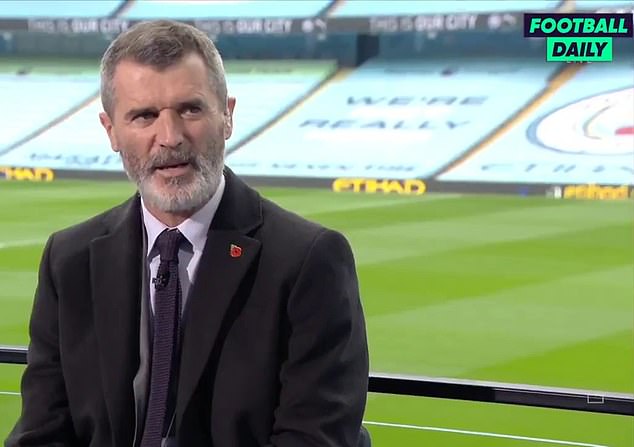 Richards had already shown his playful side while providing live FA Cup coverage for the BBC the previous day, joining former England star Alex Scott and ex-United striker Dion Dublin for an impromptu dance-off from their viewing position.

Colleague Carragher jokingly described him as ‘the most biased pundit in punditry history’ while Richards predicted a 1-1 deadlock in the most anticipated match of the weekend.

Keane drew another quizzical response from Richards by tipping Liverpool to win, while Sky host David Jones also saw the funny side as he claimed the result would end 3-3. 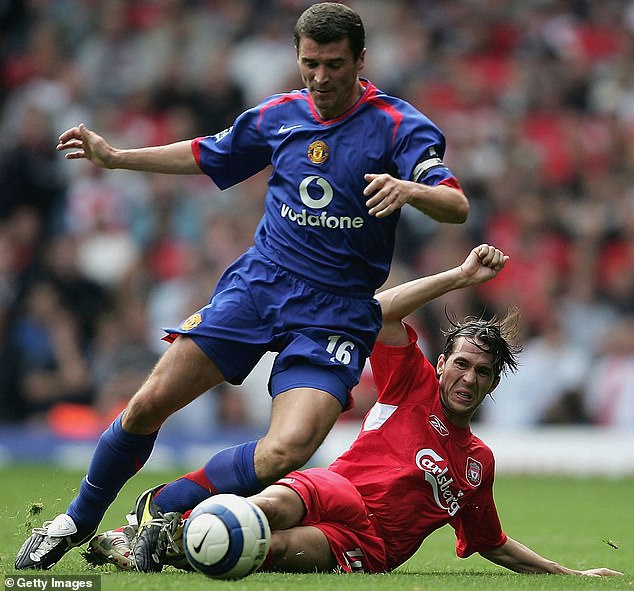