Meghan King revealed she has tested positive for COVID-19, seven months after her estranged husband, Jim Edmonds, contracted the virus.

The Real Housewives Of Orange County alum, who shares three young children with the former Major League Baseball star, went public with her diagnosis on her Instagram Story on Sunday, November 15.

‘I tested positive for Covid. I have been safe while traveling but I had an exchange on Tuesday where I did not protect myself and this is when I had to have been infected,’ the reality star, 36, wrote before referencing the current safety precautions she been taking.

‘I have been safe with distancing and masks since Tuesday including when I went to dinner solo and stayed distant and wore a mask at Hayes’s soccer.’ 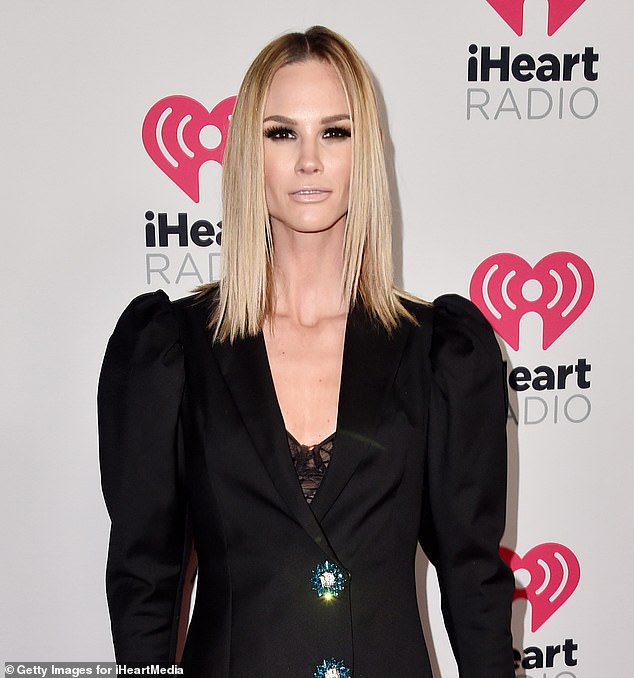 King then went into detail about how she and the family are planning to keep their children — daughter Aspen, 3, and twin sons Hart and Hayes, 2 — safe going forward.

‘My kids have been at their father’s but Hayes will quarantine due to a brief (1 hour) proximity to me,’ King added.

‘I have contacted everyone and will isolate for 10 days minimum per CDC guidelines. My children will have to stay with my parents as they cannot stay at my house while I’m sick.’

King confessed to her one million fans and followers that she’s ‘feeling poorly’ but also emphasized that she okay.

‘I went in to be tested mainly due to extreme lethargy, but I just knew I was positive,’ she explained about how she felt right before she got back her results. 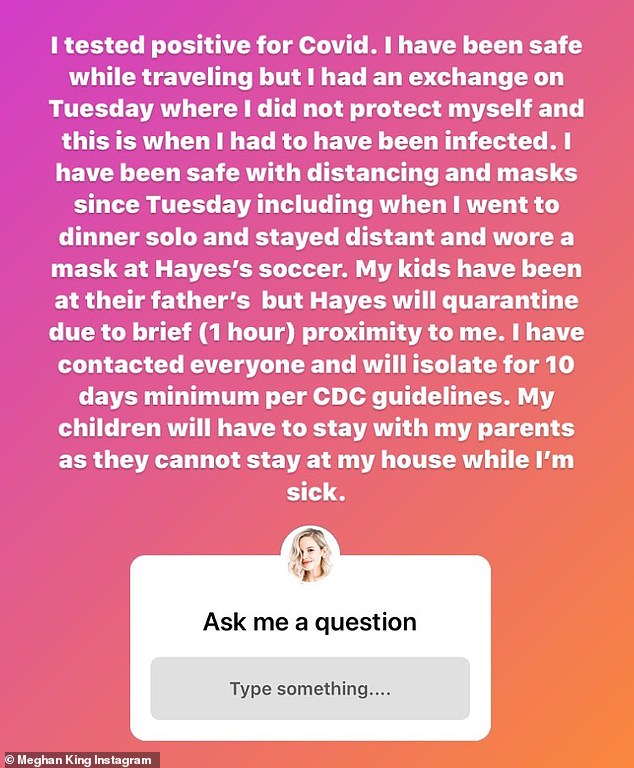 The theory: The Real Housewives Of Ocean County explained her theory as to how she may have contracted the coronavirus this past week on her Instagram Story 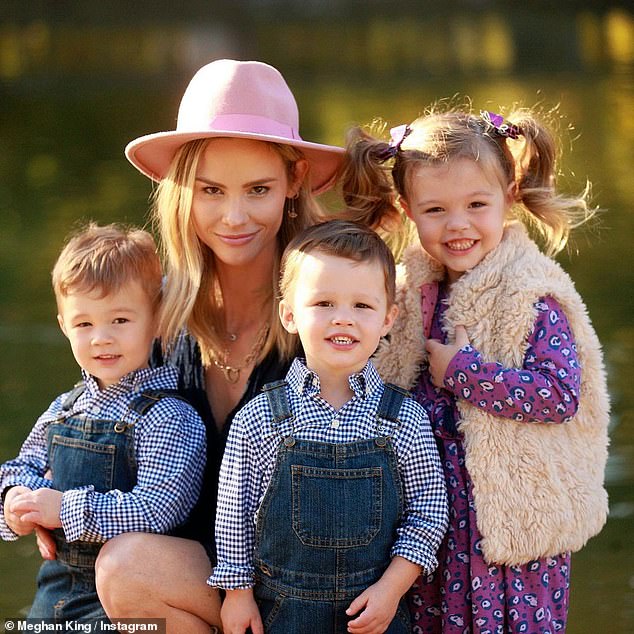 Safety precautions: King said two of three children — daughter Aspen, thee and son Hart, two — are staying at their father’s home, while she quarantines with her other son Hayes, two 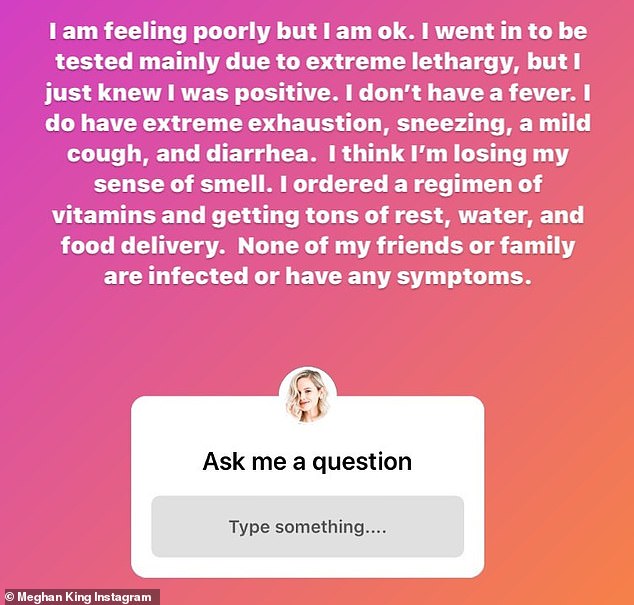 ‘I don’t have a fever. I do have extreme exhaustion, sneezing, a mild cough, and diarrhea. I think I’m losing my sense of smell. I ordered a regimen of vitamins and getting tons of rest, water, and food delivery. None of my friends or family are infected or have any symptoms.’

Initially, King thought she might just have a cold, but she eventually started to think it may be the coronavirus when extreme fatigue symptoms surfaced.

‘I have been under immense amounts of stress recently and I knew my immune system was low bc of that. So despite having been directly exposed multiple times, this was the time that got me,’ she said. 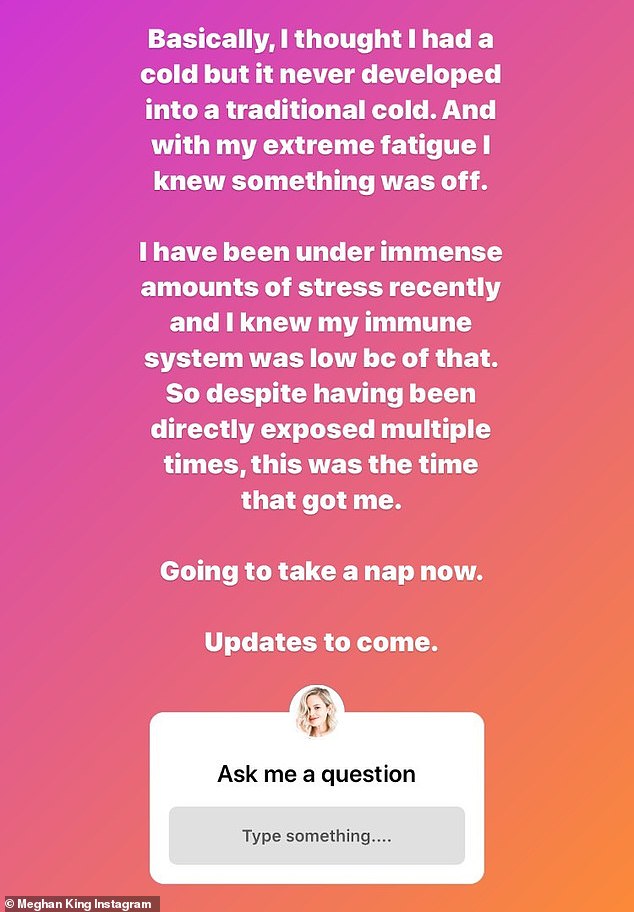 The progression: Initially, King thought she might just have a cold, but she eventually started to think it may be the coronavirus when extreme fatigue symptoms surfaced 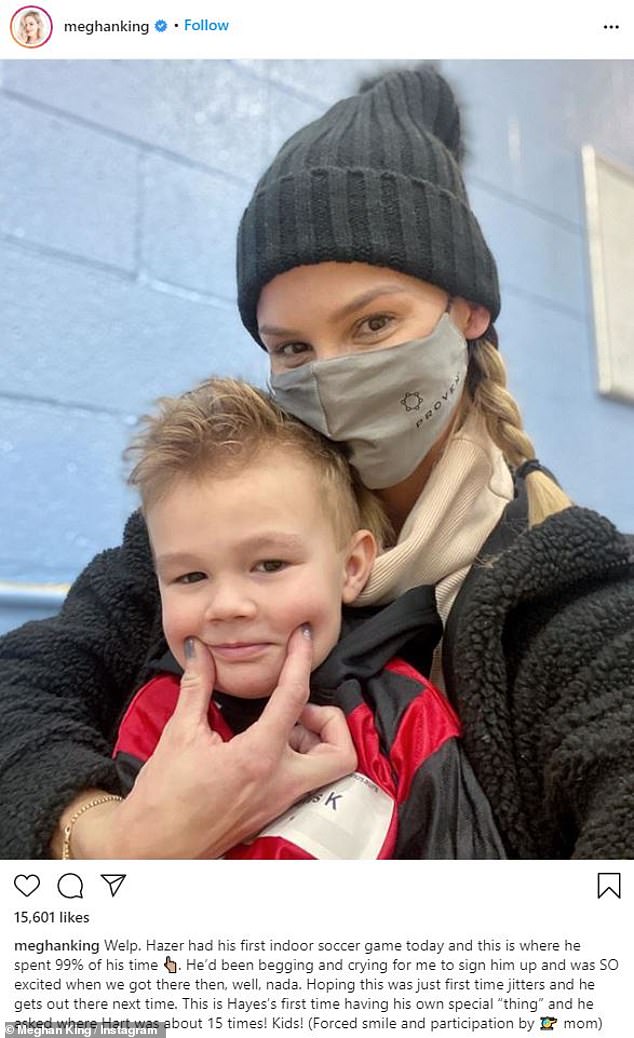 Pre-results: King shared a photo of herself, with her boy Hayes, that was taken at his soccer game on Saturday, just prior to her knowing she had COVID-19

It turns out King shared a photo of herself with her boy Hayes, that was taken at his soccer game on Saturday, just prior to her knowing she had COVID-19.

‘The millisecond I thought I could have something other than a cold I went and got tested. I would NEVER go out in public whilst even believing in the slightest I could have Covid,’ she said.

‘But even when I believed I was healthy I still social distance[d] and wore masks while in public (unless I was with my bubble). I believe I caught it at the very beginning before normal symptoms developed. I don’t even have a fever.’ 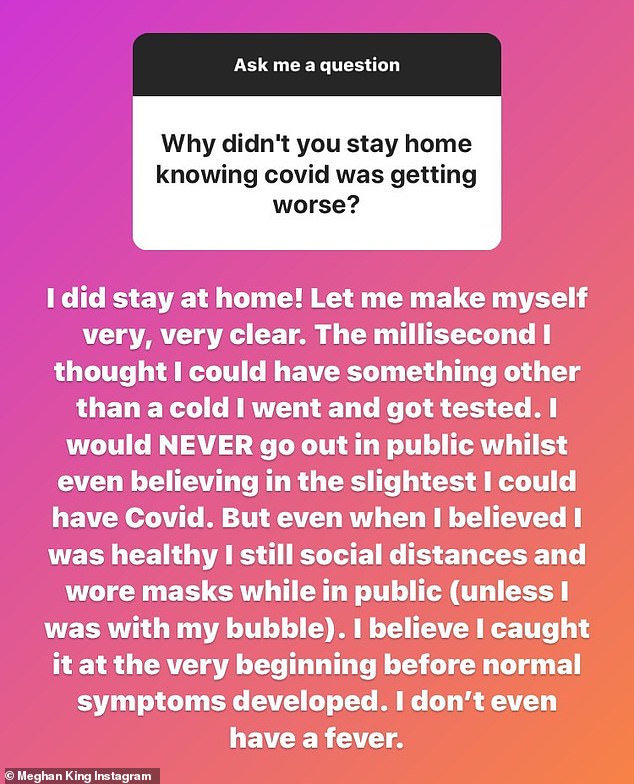 Self isolation: King maintained she would ‘NEVER go out in public whilst even believing in the slightest I could have Covid,’ in another post 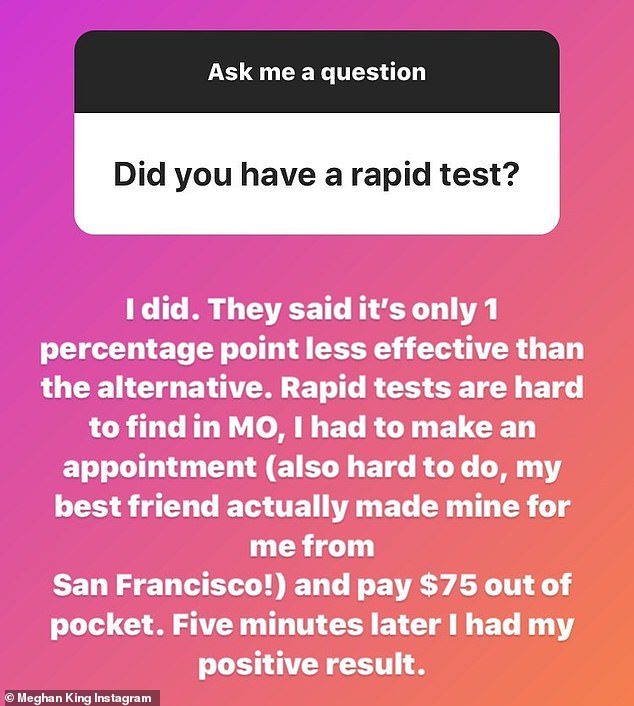 The method: King revealed her positive COVID-19 results were done through a rapid test

King revealed her positive COVID-19 results were done through a rapid test, which she said has been hard to find in Missouri.

In another celebrity revelation, Ben Platt revealed on Sunday that he tested positive for the coronavirus in March and has since made a full recovery.

He described it as ‘an awful flu that lingered for 3 weeks or so,’ on Twitter before adding how ‘so many haven’t been as lucky and will continue not to be. 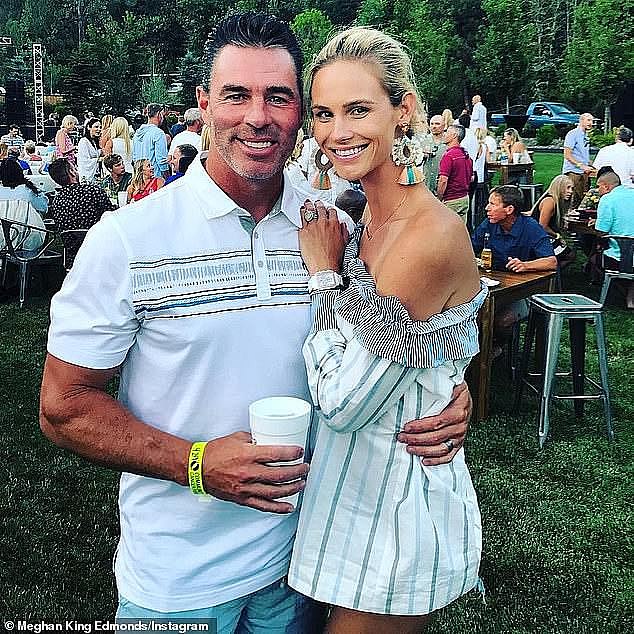 King’s estranged husband Jim Edmonds filed for divorce from Meghan on October 25, 2019, the day after their fifth wedding anniversary