Martin Keown hails Kieran Tierney as a future Arsenal captain after his influential displays for the north London club.. as club legend reveals team-mates have to tell Scot to ‘calm down’ in training because he tackles too hard

By Cian Cheesbrough For Mailonline

Martin Keown hailed Kieran Tierney as a future Arsenal captain after his influential displays in the Premier League.

The Gunners legend also revealed team-mates have to tell the left-back to ‘calm down’ in training because he tackles too hard.

The Scottish international, 23, has been a rare positive in a difficult season for the north London outfit, and was one of the best performers as they made it three successive wins in the Premier League with a comprehensive 4-0 defeat of West Brom. 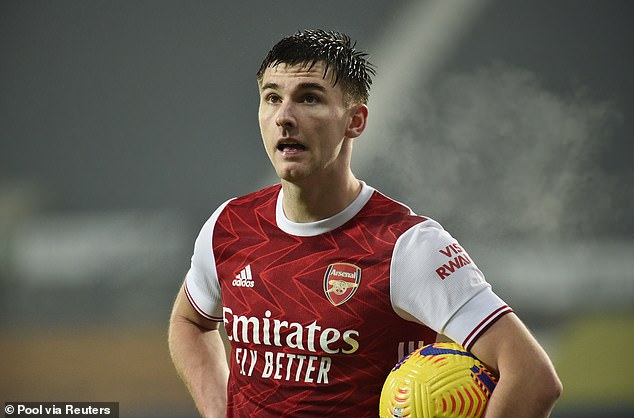 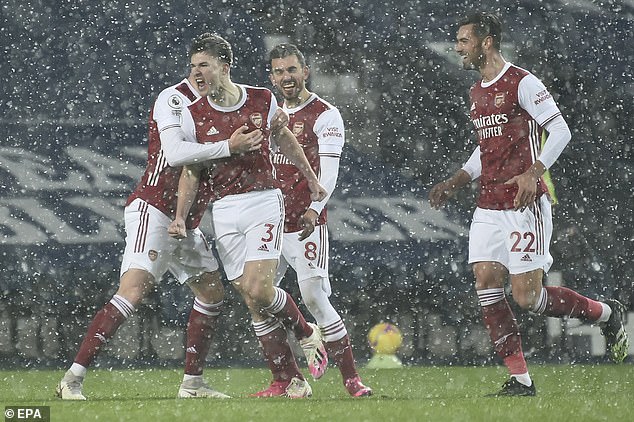 Arsenal have been criticised for having a lack of leaders in their team, but Keown believes the former Celtic man may possess the qualities needed to wear the armband.

‘Right from the beginning I could see there was a determination about him’, Keown said on BT Sport.

‘He’s just the right type that you need… his personality, character. He’s a driving force and he’s a throwback. 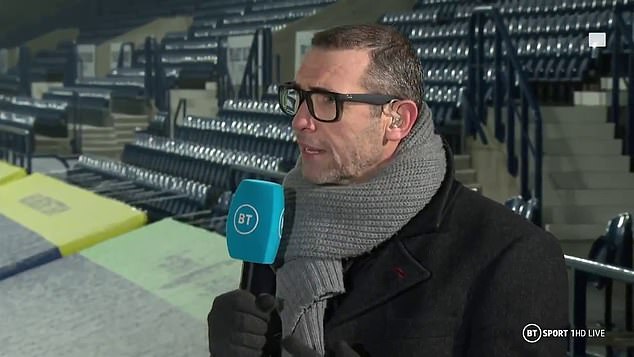 ‘In training, they have to tell him to calm down because he’s tackling ferociously. I really like that attitude that he brings.

‘He has got everything in his game, it’s about building around him. Perhaps an Arsenal captain in the making.’

Tierney moved to the Emirates in the summer of 2019 for a reported fee of £25million and impressed but saw his first season plagued by injuries. 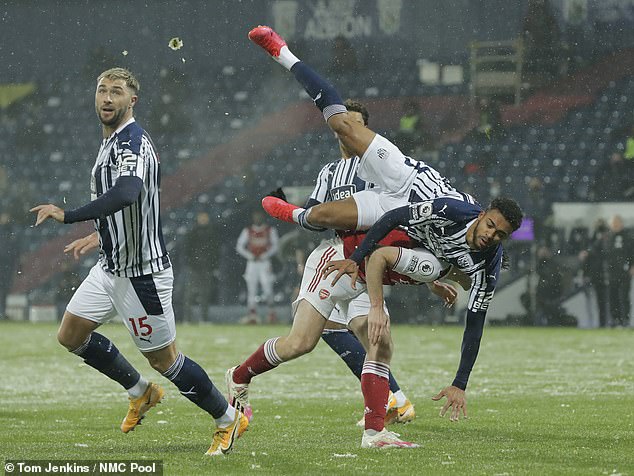 The maruading left-back is now an integral part of the team and opened the scoring at the Hawthorns with a stunning run and goal with his weaker foot.

When asked if he is captain material, fellow pundit Gareth Barry said: ‘Yes I do. He’s affecting the areas defensively and going forward but what I really liked is when they were really struggling, he was one of the players that didn’t go missing.

‘There were only one or two players that could hold their heads high and he was one of them.’