Jesse Lingard admitted he could hardly contain his delight after scoring twice on his debut as West Ham beat Aston Villa on Wednesday.

The Hammers won 3-1 at Villa Park, with Lingard bagging in the 56th and 83rd minute. That followed on from Tomas Soucek’s 51st-minute opener.

Ollie Watkins’ 81st-minute strike turned out to be no more than a consolation for the hosts. Lingard’s debut double occupied most of the column inches after the match.

The 28-year-old enjoyed his first Premier League start for over a year after joining on loan from Manchester United. He had been frozen out by Red Devils’ boss Ole Gunnar Solskjaer.

And the man with 24 England caps revealed just why he was so happy throughout Wednesday.

“I was smiling before the game, during the game, I just love football and enjoy playing,” he told the club’s official website. “It’s been a long time. I enjoyed myself, and came out with two goals and three points, which was the most important thing.”

Three Lions boss Gareth Southgate was in attendance. Lingard’s United woes saw him slip down the England pecking order and he was without an international appearance in 2020.

And the talented forward now wants to push on to keep the success going.

“We worked hard as a collective to get the result and we’re just focused on the next game, which is Fulham on Saturday,” he added.

“The team has been great with me and I’ve settled in quickly. I know some familiar faces, which has helped, and as long as we work hard on the training ground and on matchday (we’ll get more results like this).”

There is an old adage in football that it ‘takes time to settle’ at a new club, though that was certainly not the case with Lingard, who made his mark right from the start.

The Villa result left West Ham fifth in the standings, just two points adrift of fading champions Liverpool. David Moyes’ lack of strikers had been well documented and many names were linked in January. 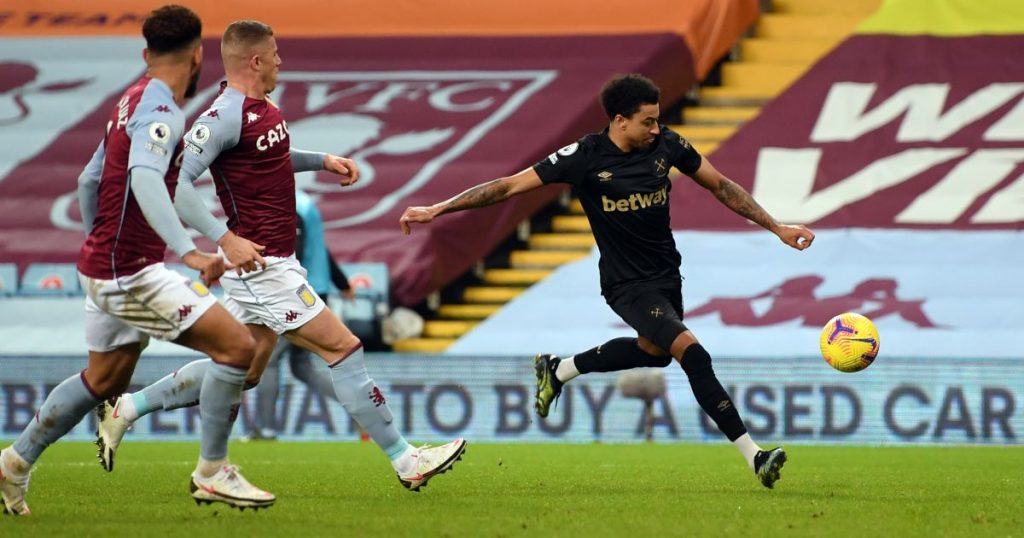 Michail Antonio was the club’s only out-and-out striker after Sebastien Haller’s exit, though it seems Lingard has dovetailed well with his 30-year-old teammate.

“In training we’ve had that connection as well and I feel like I’ve bedded in quickly. Come the matchday it’s easy to play with Michail,” he added. “As a team and as a collective we worked hard and that showed.”