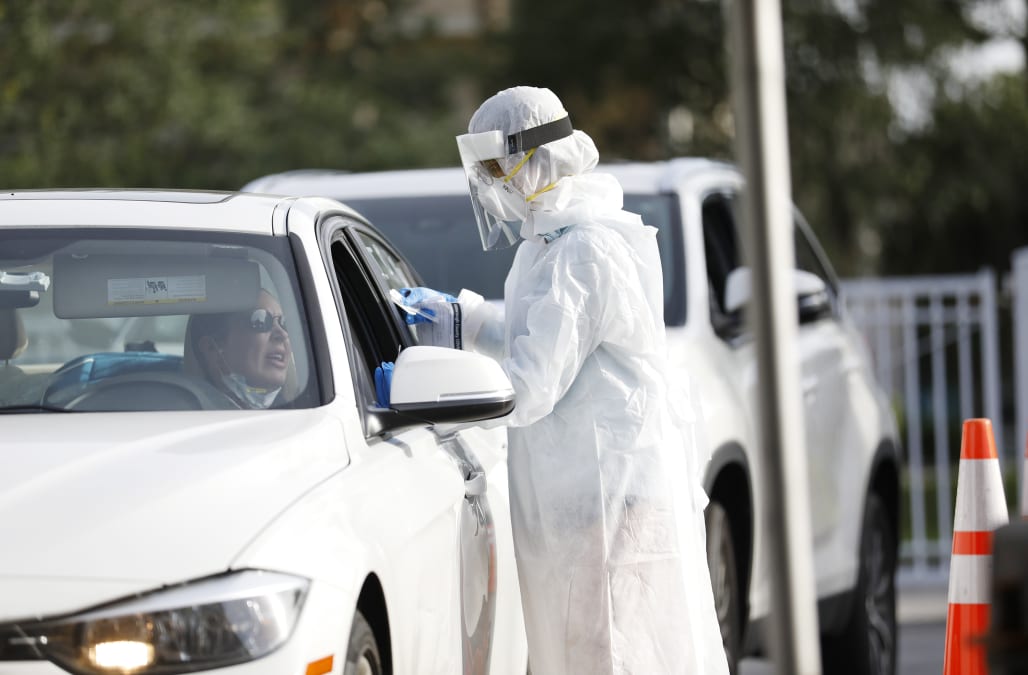 WASHINGTON — More than a dozen people were infected with the coronavirus after a recreational hockey game in Tampa, according to a new Centers for Disease Control and Prevention study published on Thursday. The game, which took place on June 16, did not lead to any hospitalizations or deaths. But it does represent one of the few documented instances of viral spread stemming from an athletic event.

The players did not wear face masks, which likely contributed to their becoming infected.

The new study does not say where, exactly, the game took place, only that the rink was enclosed and somewhere in the Tampa area. The participants included 22 men between the ages of 19 and 53. There were two referees, a spectator and at least one rink employee also present.

Three days after the evening match, Florida health authorities learned that one of the players had been complaining of “fever, cough, sore throat, and a headache” since the day after the game. He is believed to be the index patient — that is, the one who infected others.

Those infections were likely possible because, according to the subsequent investigation, “cloth face masks for disease control were not used in the locker rooms or during the game.” President Trump has regularly maligned mask wearing, as has Ron DeSantis, the Republican governor of Florida.

At the time of the hockey game, Florida was undergoing one of the worst coronavirus outbreaks. DeSantis has been heavily criticized for downplaying the severity of that outbreak, hiding statistics that would reveal its true scope and promoting ideas like “herd immunity,” which the scientific community has rejected.

In subsequent days, eight teammates of the index patient “experienced COVID-19 signs and symptoms.” So did five players from the opposing team, as well as one rink employee. It is believed they all contracted the disease from the index patient, who was “presymptomatic” at the time of the game.

COVID-19 is the disease caused by the coronavirus. It has killed nearly 16,000 people in Florida, despite DeSantis having celebrated his defeat of the coronavirus throughout much of the spring. Instead, the number of COVID-19 infections in the state increased over much of the summer.

The lack of facial coverings and an indoor setting appeared to be an inauspicious combination. “The ice rink provides a venue that is likely well suited to COVID-19 transmission as an indoor environment where deep breathing occurs, and persons are in close proximity to one another,” CDC researchers concluded.

They also referenced a study conducted by Italian researchers, which said that “during heavy exercise, a high viral emission rate can be reached during oral breathing.”

There is no clear definition of a “superspreader” person or event. An average COVID-19 patient infects 2.5 other people, a value known as R0, or the “r-naught.” A person who infects 14 others would thereby qualify as an especially prolific spreader of the disease. Researchers have estimated that some 20 percent of such superspreaders contribute to 80 percent of cases.

What all this means for professional sports is not clear. The just-concluded professional basketball season saw nary a coronavirus case, with players living in rigorously controlled environments and undergoing frequent coronavirus tests. Other leagues have been more lax and, consequently, have seen more coronavirus cases.

Although athletes would appear to have the kind of aerobic health that would make them less susceptible to the respiratory ravages of the coronavirus, they could be at greater risk of developing a chronic heart disorder. That disorder is one of many long-term coronavirus conditions that researchers are only now beginning to understand.