World champion boxer Billy Joe Saunders has denied taunting Barry McGuigan over the death of his daughter as disgusted fans call for him to be axed from the sport.

The shocking allegations were made after the 31-year-old fighter posted a series of Instagram stories – with one depicting former boxer McGuigan as a rat.

The controversial middleweight champion said: ‘Anyone know we’re I can get a cage for McGuigan just look at him he is a bit scruffy and smelly.’ 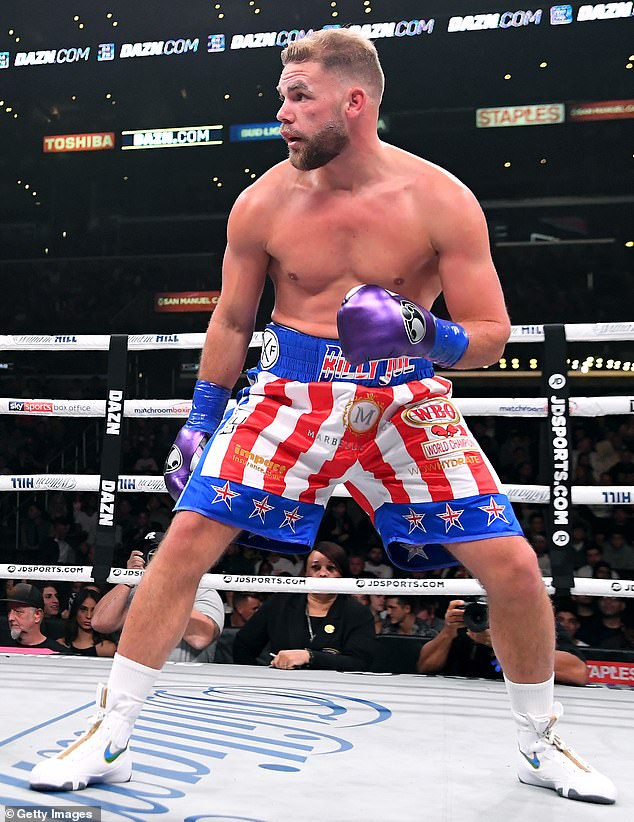 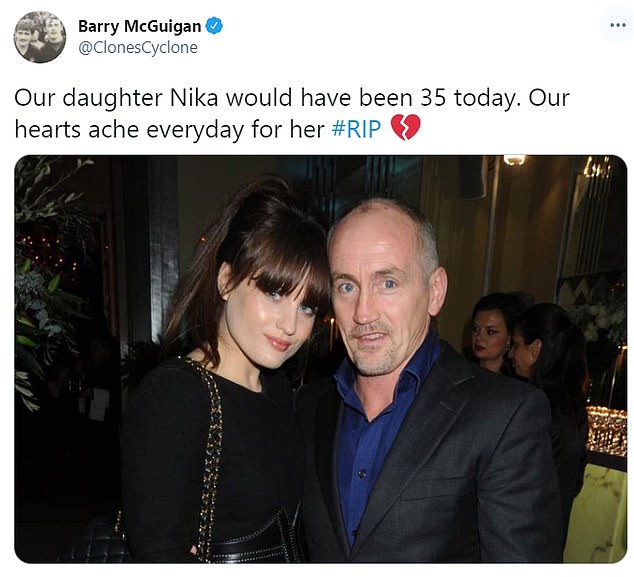 McGuigan’s daughter, Danika, passed away in 2019 with cancer and last month he paid tribute to her on social media on what would have been her 35th birthday

He then followed it up by asking his 427,000 followers: ‘Any flower shops for Valentines so I can send my daughter thank you DM me.’

McGuigan, a former world champion himself, lost his daughter Danika in 2019 after she died of cancer.

He tweeted last month: ‘Our daughter Nika would have been 35 today. Our hearts ache everyday for her. RIP’

He is believed to have referenced McGuigan as a rat after the Irishman appeared in a BBC Panorama documentary ‘Boxing and the Mob’.

The show, aired on Monday, focused on the co-founder of management company MTK, Daniel Kinahen, who is a close friend of Saunders. 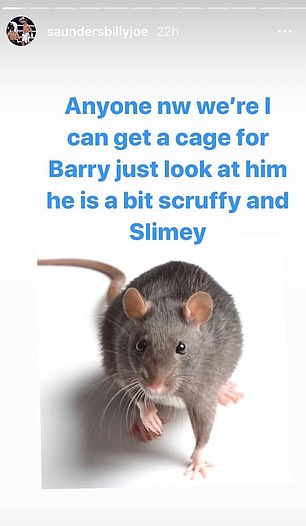 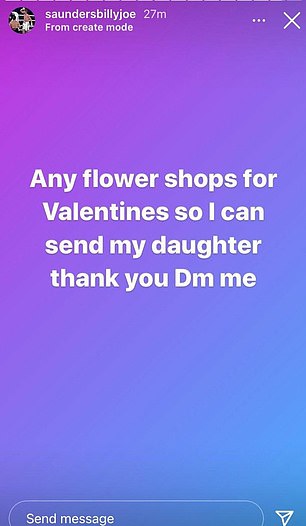 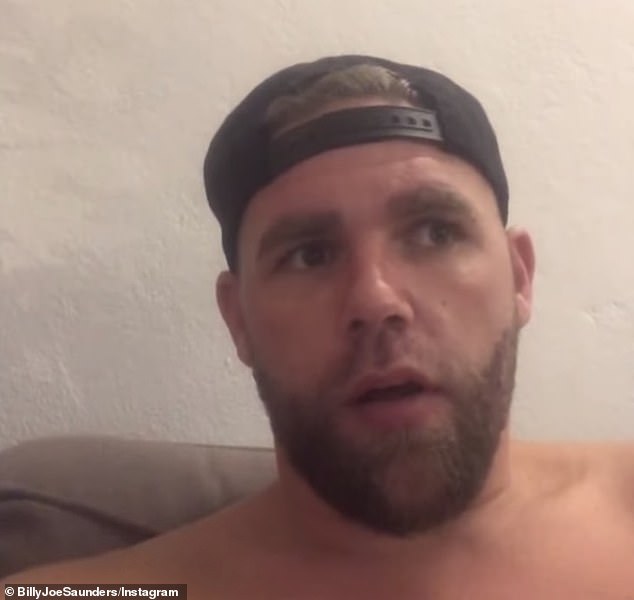 Saunders, pictured in his denial on Instagram on Wednesday night, hit out at McGuigan after he participated in a BBC Panorama programme about Daniel Kinahan 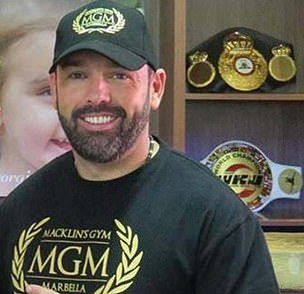 Kinahan (pictured), an Irishman currently based in the UAE and a suspected crime boss, was the focus of a new BBC Panorama which has claimed he has not stepped away from boxing entirely

Fans have now called for Eddie Hearn, who also promotes Anthony Joshua, to drop all ties with Saunders.

This comes after a mega fight between Saunders and boxing superstar Canelo Alvarez was reportedly agreed for later this year.

Kevin David Hayes wrote: ‘Eddie Hearn and Matchroom Boxing your brand will be tarnished and diminished for ever more if you ignore what Billy Joe Saunders just put online. It’s indefensible. Cut all ties with this scumbag.’

Another fan wrote: ‘You want people to watch boxing again? Never have anything to do with Billy Joe Saunders. Mocking a man for his daughter dying of cancer?’

Irish sportswriter Gavan Casey said: ‘A reminder that behind Billy Joe Saunders’ ghoulish mask is an even more horrible human being.’

Fellow boxing writer Kieran Cunningham added: ‘Have a fair idea what he’s getting at here. Vile.’

One fan said: ‘I was a huge fan of Billy Joe Saunders but he CANNOT be defended on this one.

‘As he works for you and represents you and your company it’s your duty to condemn. You can’t ignore this Eddie speak up and don’t let your company be tarnished by that proper vermin.’

‘I put my daughter up, my young beautiful daughter up. People are suggesting that I’ve put that up because I’ve got a flower company for Valentine’s for my daughter, another teddy bears and bits and bobs and suggesting I’m aiming that at a certain ex boxer’s daughter who passed away which I’m very sorry about.

‘Yes what I said and posted about McGuigan I do think he’s a horrible slimy man but I would never lower my standards and talk about the dead.

‘Please do not suggest that I talk about the dead, I’ve had very close loved ones who’ve passed away. 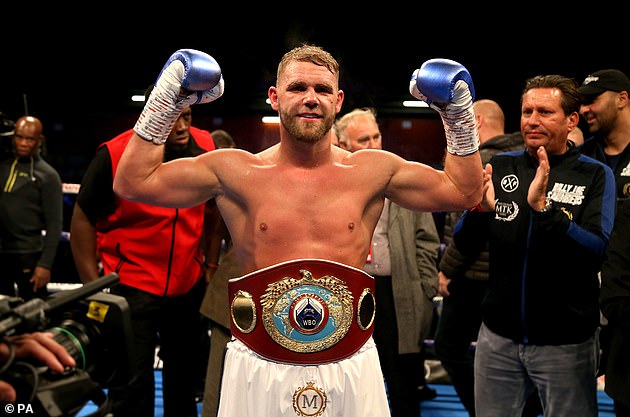 Saunders, who is no stranger to controversy, insisted that he would ‘never lower my standards and talk about the dead’ as he hit back at the claims made against him 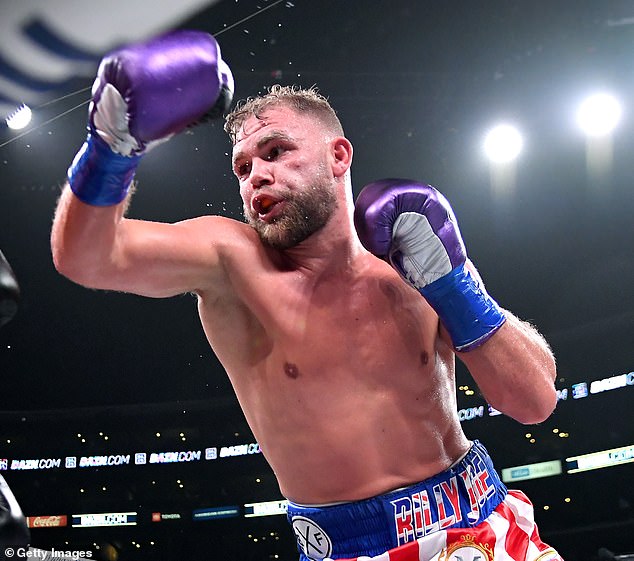 ‘For people to suggest I’d talk about the daughter, a dead daughter, when I’ve a young daughter of my own – you scumbags, all get a life.’

Saunders sparked more controversy last year when he posted a video showing men how to hit their female partners during lockdown.