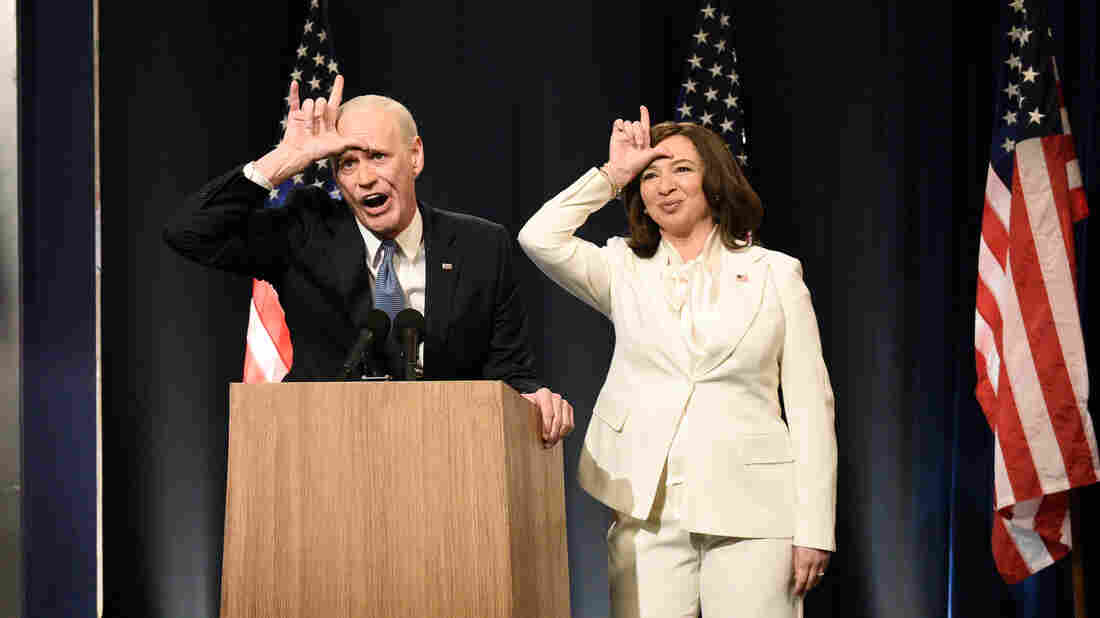 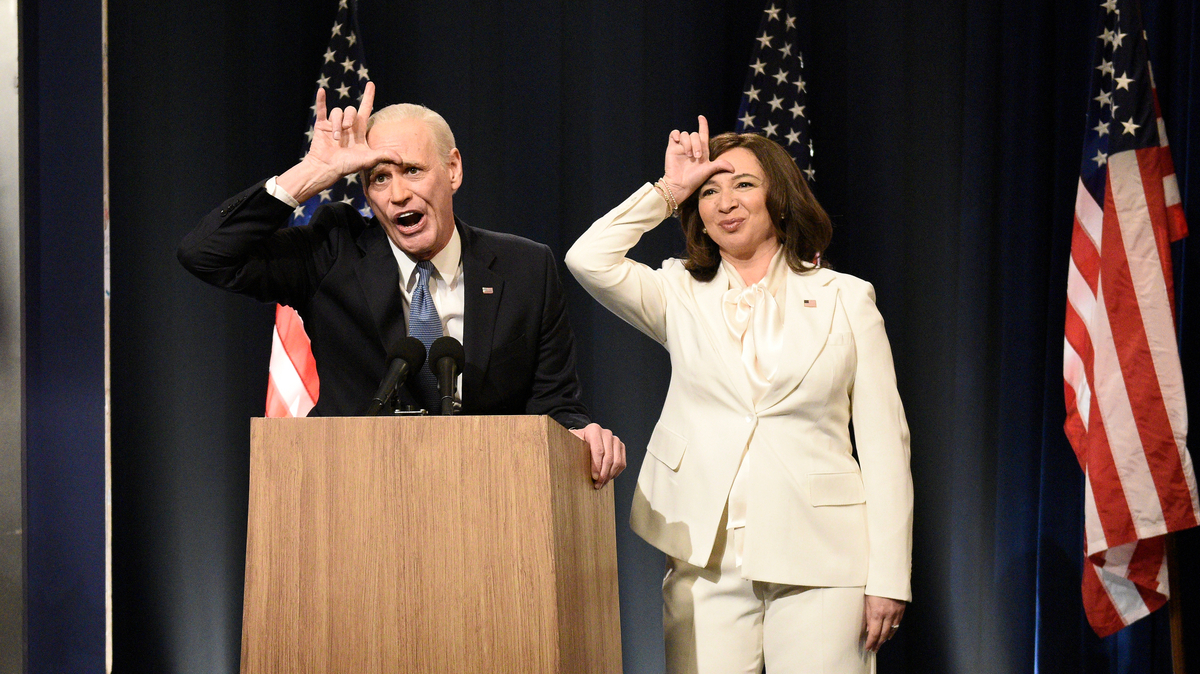 Finally, after weeks of new episodes that felt like awkward dress rehearsals for a funnier show we never got to see, Saturday Night Live delivered a performance that met the moment.

But it didn’t come from the place you might expect.

True enough, news that media organizations officially projected Joe Biden and Kamala Harris as America’s next president and vice president lent a giddy energy to a show that, this season, often seemed unsure of what to say about all the real-life absurdity at hand.

In the show’s first “cold open” sketch, guest star Jim Carrey finally figured out how to balance his vaguely accurate Biden impression — really, he’s the only SNL performer in a while to even try sounding like the former vice president — with one of his most distinctive movie characters.


Holding his hand in a “L” shape while channeling Ace Ventura’s drawn out insult, “loooooser!” Carrey gave Biden followers a bit of gloating that the actual president-elect never could provide in real life. You wondered if Carrey took the SNL gig just to have that moment.

But as fun as it was to see Maya Rudolph’s triumphant Kamala Harris, somehow decked out in a spot-on copy of what the real vice president-elect wore hours earlier, it didn’t really compare with the fire that was coming next from host Dave Chappelle.


Admitting he was nervous and puffing on a cigarette — they allow indoor smoking in New York these days? — Chappelle kicked off his monologue talking about his great-grandfather. He wondered what his ancestor, a former slave, might feel in seeing his descendant’s old series, Chappelle’s Show, airing on Netflix and HBO Max with no compensation for the comic.

“He’d probably be like, ‘This n***a got bought and sold more than I did,’ ” Chappelle said, striking an oddly bitter tone. It was personal and not: on the surface a barb about getting cheated by a media conglomerate, but also a swing at a white-dominated system that somehow found a way to victimize a Black millionaire comedy star.

He made the case that America was a safer place because of the coronavirus pandemic. “Remember what life was like before COVID?” he asked. “I do. It was mass shooting every week. Thank God for COVID. Something had to lock these murderous whites up and keep them in the house.”

He groused about his neighbors in Yellow Springs, Ohio — farmers who instigated a public meeting to shut down outdoor comedy performances he was doing over the summer. “They were saying, ‘Man, I’m trying to put my children to bed. And I keep hearing this guy screaming all night. My kids are trying to sleep, and all they hear is the N-word,’ ” Chappelle noted. “I said, ‘Was I saying it, or were you?’ “

He talked about Ronald Reagan, criticized for stump speeches implying that Black “welfare queens” were fleecing the government. “Remember what Ronald Reagan used to say about Black people, that we were welfare people, drug addicts?” the comic said. “Who does that sound like now? Stimulus checks. The heroin. The rest of this country is trying to move forward and these white n***as keep holding us back.”

It was an interesting turn. Four years ago, Chappelle hosted the first episode after Donald Trump was elected. And while liberals the world over mourned that turn of events — Kate McKinnon played Hillary Clinton at a piano singing the melancholy classic “Hallelujah,” no humor in sight — Chappelle’s monologue back then was impishly cynical and hopeful. “I’m going to give him a chance,” he said back then. “And we, the historically disenfranchised, demand that he give us one too.”

Well, given how President Trump has called some white supremacists “very fine people” and has failed to curb a pandemic that disproportionally harms nonwhite people, we can see how that went.

So it was striking how, as TV news broadcast images of people in cities across the globe celebrating Trump’s defeat — gathered in crowds to sing, dance and shoot fireworks, COVID-19 be damned — Chappelle delivered a set laced with suppressed anger. Forget celebrations; he was still seriously upset about what the U.S. has endured.

Minutes after saying he’s allowed to speak truth only when there’s a joke at the end, Chappelle let his roguish take on Trump and COVID-19 slip into real anger. “What kind of man makes sure he’s OK while his friends fight for their lives and die?” he asked, before delivering a blunt answer. “A white man.”

Chappelle also loves being a provocateur, especially in recent years. So he dropped material designed to keep his Biden-loving audience off base too. The worst was a joke comparing Trump’s contracting COVID-19 to Queen frontman Freddie Mercury contracting AIDS.

(Dave, I know you don’t think you have a problem with gay and trans people, but after watching your jokes about them over the past couple of years, I think you’re fooling yourself.)

It was all peak Chappelle: contradictory, fiery and thought provoking, filled with brilliant jokes and salted with moments when he went too far on purpose. It was like watching Evel Knievel jump over Snake River Canyon on a motorcycle, backward.

In the end, he reminded all those celebrating Biden’s victory that half the country still feels angry, anguished and marginalized — the way they felt four years ago. He encouraged viewers in that place now to hate the feeling and not people who disagree with them.

There were other great sketches, especially the one featuring stereotypical Black mascots like Aunt Jemima and Uncle Ben getting fired by guilty white executives.


But by the time Chappelle dropped the mic at the end of his monologue, viewers knew we had seen the moment that took everything we’d been feeling over the past four years and pointed a way forward, while making us laugh.

Bravo Saturday Night Live for launching your first really trenchant episode of the season. Now all you have to do is keep them coming.